UK versus India – the naked truth!

I started my IT career in India, then spent lockdown studying for a Masters Degree in London. During this time I’ve carried out my own research from speaking to Indian friends and family working in Tech from the UK. A distinct difference emerges over what it’s like to work here versus India. Your experiences may be different, let me know in the comments, but I’d like to use my platform as this week’s Secret Tech Blogger to share what I’ve learned. Working in Tech, India versus the UK. Seconds out, round one!

The biggest difference between working in India and the UK is leadership behaviour. Team leaders in India behave like they’re the owner of the company. Threats and pressure are commonplace. I’ve even had my boss threaten to replace me with a relative of theirs, blaming me personally for a bad client review when it wasn’t my fault. In the UK, even if they’re the CEO, leaders behave like normal employees. They also don’t pressure employees. They give them freedom to work without pressure, and the kind of comments that you’d have in India would probably lead to disciplinary action if a UK boss said it. There’s a big gulf between levels in an organisation, which I’m sure comes down to the impact of hierarchy. In this round, it’s a win for the UK. 1-0.

The biggest difference between working in India and the UK is leadership behaviour. Team leaders in India behave like they’re the owner of the company. Threats and pressure are commonplace. I’ve even had my boss threaten to replace me with a relative of theirs, blaming me personally for a bad client review when it wasn’t my fault. In the UK, even if they’re the CEO, leaders behave like normal employees… 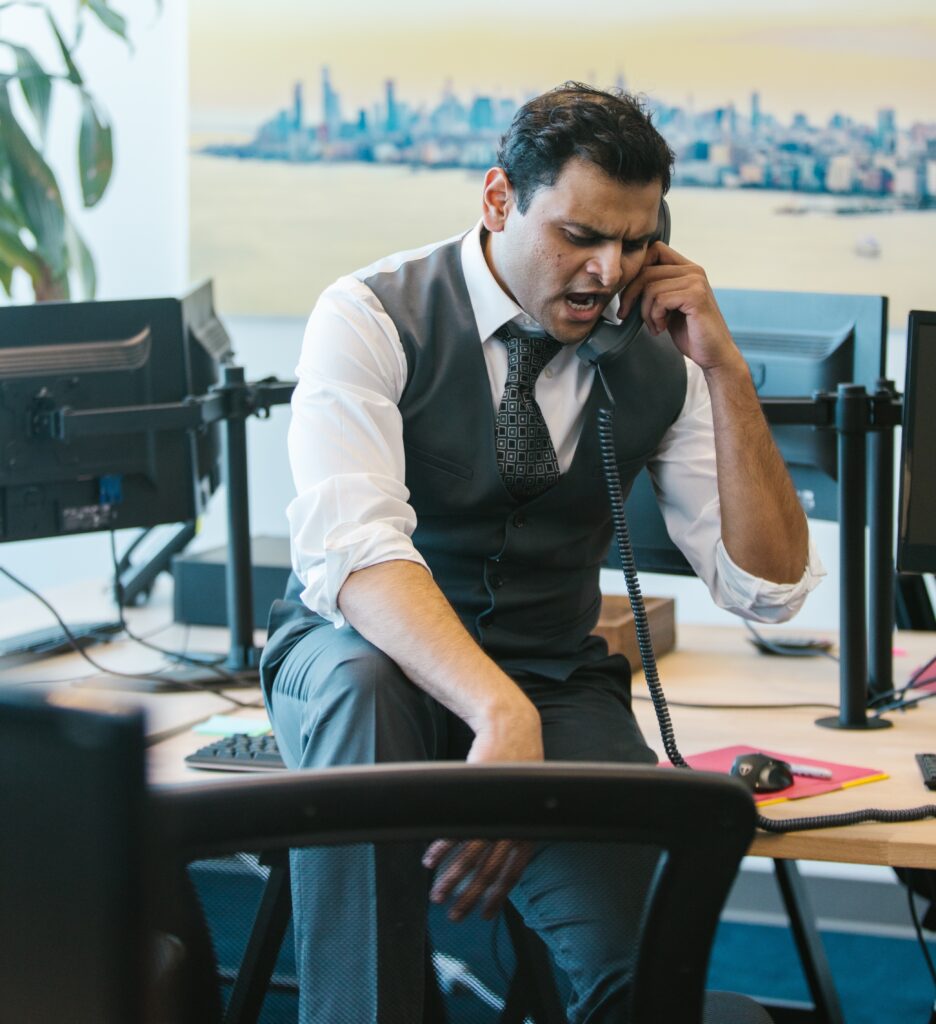 In India, it’s normal to work long nights, even all night, for little money. We have to work to client time zones, and this can mean working 5 or 6 days a week for 10 to 12 hours a day. If a project’s not completed, we still have to sit in the office. Then, on top of this, travel time in India stretches the time spent away from home to even longer. In a way, lockdown’s been a blessing because it’s cut out the long commute times. Now we’re going back to work, lots of my friends are dreading the long commutes again. Here, it appears that there’s more of a work/life balance in the UK. People work 5 days a week, and anything over this is considered overtime. In India all the time it’s work, work, work… 2-0 to the UK.

In India, large companies never seem to give bonuses or pay hikes. I’ve known people to work at the same company for a long time and get no hike at all. There’s no incentive to stay long term. Not even food or travel are covered. In the UK, especially in Tech start-ups, there are lots of perks. Drinks after work, free food. Lots of beer. People can even work on their own projects, which is really cool. 3-0 to the UK. 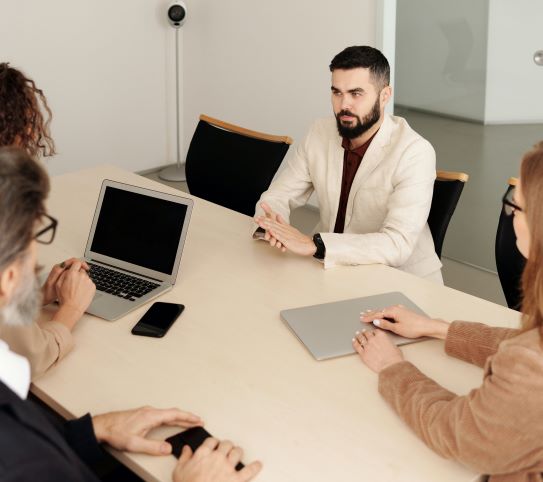 The interview process can be brutal in India, with up to 10 interviews and you have to pass every one of them. Then even when that happens, I’ve heard so many time that the company hires relatives instead. In the UK I’ve not heard of people hiring relatives, it’s much more about your ability to do the job. Also, the interview process seems to make much more sense. You get asked what you’d do in different situations, so your knowledge and capability is assessed. The Indian practice seems to always involve a huge panel who ask you yes/no questions, which are circulated online, so people memorise the answers to them. Then there’s a chance they can’t do the job. 4-0 to the UK.

I know of many friends who’ve worked without money for 3 months, not knowing if they’ll get hired afterwards, only to be told at the end, “We can’t hire you, we’ve got enough staff.” This makes it off-putting but we need the experience. In the UK, internships don’t necessarily lead to job offers, so it’s a draw. 4-1 to the UK.

In India, leadership change employee designations at their own convenience, without considering the employee’s perspective. In my own case, I had this happen 3 times in the same year. The view seems to be, “you need a job”. Even though you have good skills, they’ll put you in testing so you have to work your way up. Even though you’ve got your degree and you have the skills. Even though I had a good knowledge of MS Azure and Data Science, they put me into Office 365 Admin. I’ve not heard of this happening in the UK, where career planning and support are part of HR employee support. 5-1 to the UK.

A big difference between the UK and India is the impact of not having social security or state support in India. It’s common for the salary of 1 person to support a whole family, so there’s pressure to stay in that job whatever. Plus the employee’s health insurance usually covers the whole family. There’s no National Health Service in India, so people rely on company health insurance. In the UK this is different, so people just support themselves normally. There are different pressures here, so I think this is another UK-India draw. There’s no comparison really in a country with a 1.3 billion population and just 66.5 million. UK 6-2.

The caste system still has a big impact in India. People from the lower caste get some support from the government and there are quotas, which leads to skilled people not being able to get jobs. When they can’t get a job or go abroad they often start businesses. This is driving a lot of entrepreneurship in India. A lack of government financial support means people having to sell their assets, and even leads to suicide sometimes. The whole family suffers when this happens. In the UK, there’s the NHS, Social Security, and in workplaces there’s HR. People in the UK don’t realise how lucky they are. 7-2 to the UK.

In India, this is mostly around religion. People feel it if they’re in the minority. For instance, being a Muslim in a majority Hindu region. Sometimes people don’t want to work under a boss of a different religion. It causes issues. This is only some people, but it does happen. People who are gay tend to hide it, as the majority of people – I would say 90% – in the office would want to throw them out of the workplace. They’re also excluded from social activities. For women, if they’re married, they won’t get hired. I’ve seen this happen to my sister. Her friend, who’s single, got hired and she didn’t get past the 1st interview and their skill levels were about the same. In the UK, everyone seems to be treated the same.  8-2 to the UK.

Firing people should be made harder in India. A friend of mine asked for leave 1 day as he wasn’t feeling well and was fired. In another case the foreign client said the job was going well, but the Indian manager said it wasn’t and he was fired. There are legal protections in the UK. 9-2 to the UK.

Even in international companies in India general attitudes, internal politics and bullying mean that working in India is very different to working abroad. That’s why people of my generation are so keen to work abroad and take every opportunity we can get. Even working in organisations like banks the difference between working conditions in the UK and India is very different. Targets are not realistic. Managers make employees do the work they’re supposed to do. Work pressures are overwhelming and it’s mentally draining. Employees don’t feel comfortable confiding in HR.

Even working in organisations like banks the difference between working conditions in the UK and India is very different. Targets are not realistic. Managers make employees do the work they’re supposed to do. Work pressures are overwhelming and it’s mentally draining. Employees don’t feel comfortable confiding in HR.

For organisations in India, there’s huge scope for improvement. There’s an assumption that people speak English, but a platform should be provided for it to be taught at work. I write and speak 3 languages, yet I’m made to feel like I’m not good at languages because I’m not fluent in English. I’m from a village background, so my main focus at school was on learning to speak Hindi. Not having English language support gives an unfair advantage to native Hindi speakers. 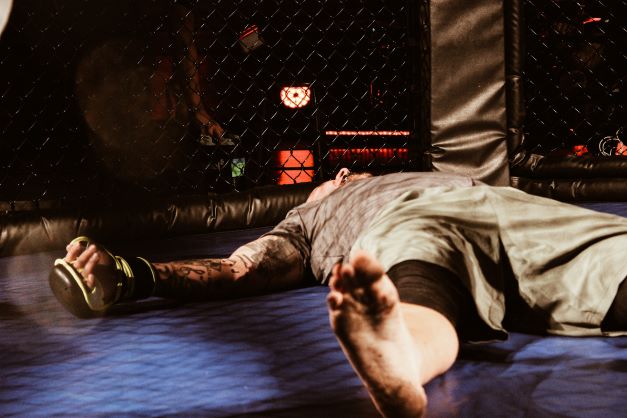 Employers should listen to employee feedback, like they do in the UK. There should be more appreciation of the work employees do from employers and leadership. Communication needs to be 2-way, not a 1-way message of, “just listen and implement.” The equality of people is different in the UK and India. Employers should release the pressure, enable people to share their real feelings, be open about issues at work and talk honestly. Bosses need to change the way they speak to employees. We’re fed up being told, “you’re lucky to have this job”, and “thanks to me you’ve got this job.” The attitudes and behaviours have to change. Of course, this is my experience and it’s not the whole picture. But it’s very typical.

Some companies in India are much better, I’m sure. I’ve just not worked there, and neither have my friends. The picture I hear of working life in the UK is probably not the whole picture. However, the pattern is clear. Indian IT is on the ropes and needs to start getting in shape to fight back as it’s looking like a total KO!